Don't be silly, it's a miracle thing and Tesla will solve all the problems and start mining it from the moon when the Space X project goes live. In Musk we trust!     /gangzoom   ;)

So another natural resource like oil that there will be a shortage of in years to come and there i was thinking it was the future! 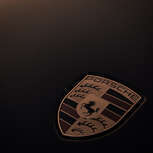 I can't tell if you're serious or not. You think the mix % is more important than the absolute values?   The graph contains values in TWh for energy production via Coal, Oil & Gas - not